Small-screen Windows tablet is catching on. I recall one of the first 8-inch Windows tablets available was Acer W3. At S$500+, it was a tempting offer, but I wondered how usable can such a small-screen full-fledged Windows device be.

Thanks to StarHub Community, I have finally got a chance to review a small-screen tablet - Lenovo ThinkPad 8. 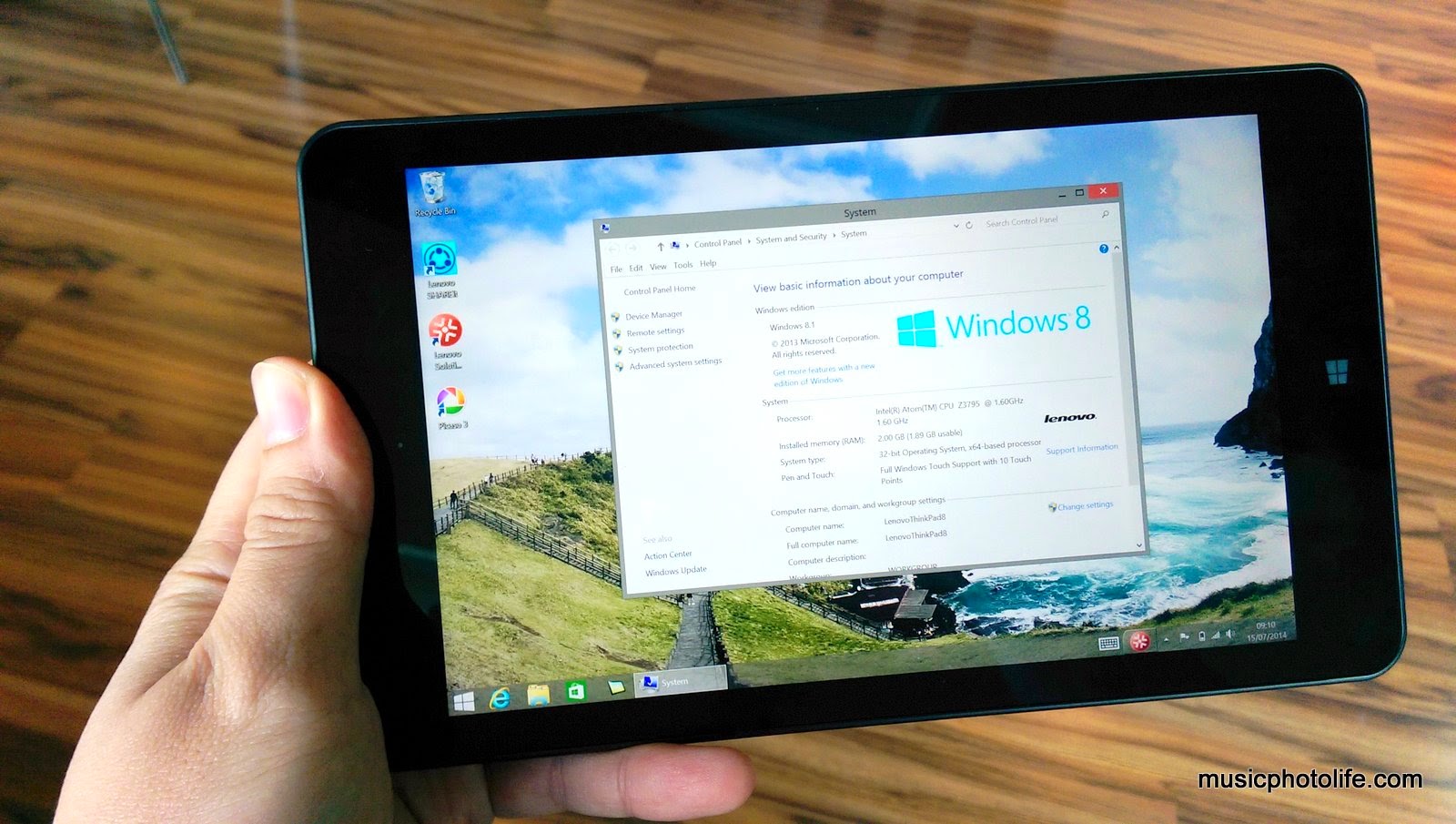 When it comes to ThinkPad-branded products, Lenovo spares no effort to throw in top configuration for best possible performance. Though the price tag seems high, it costs not much more than a top-end Android tablet. 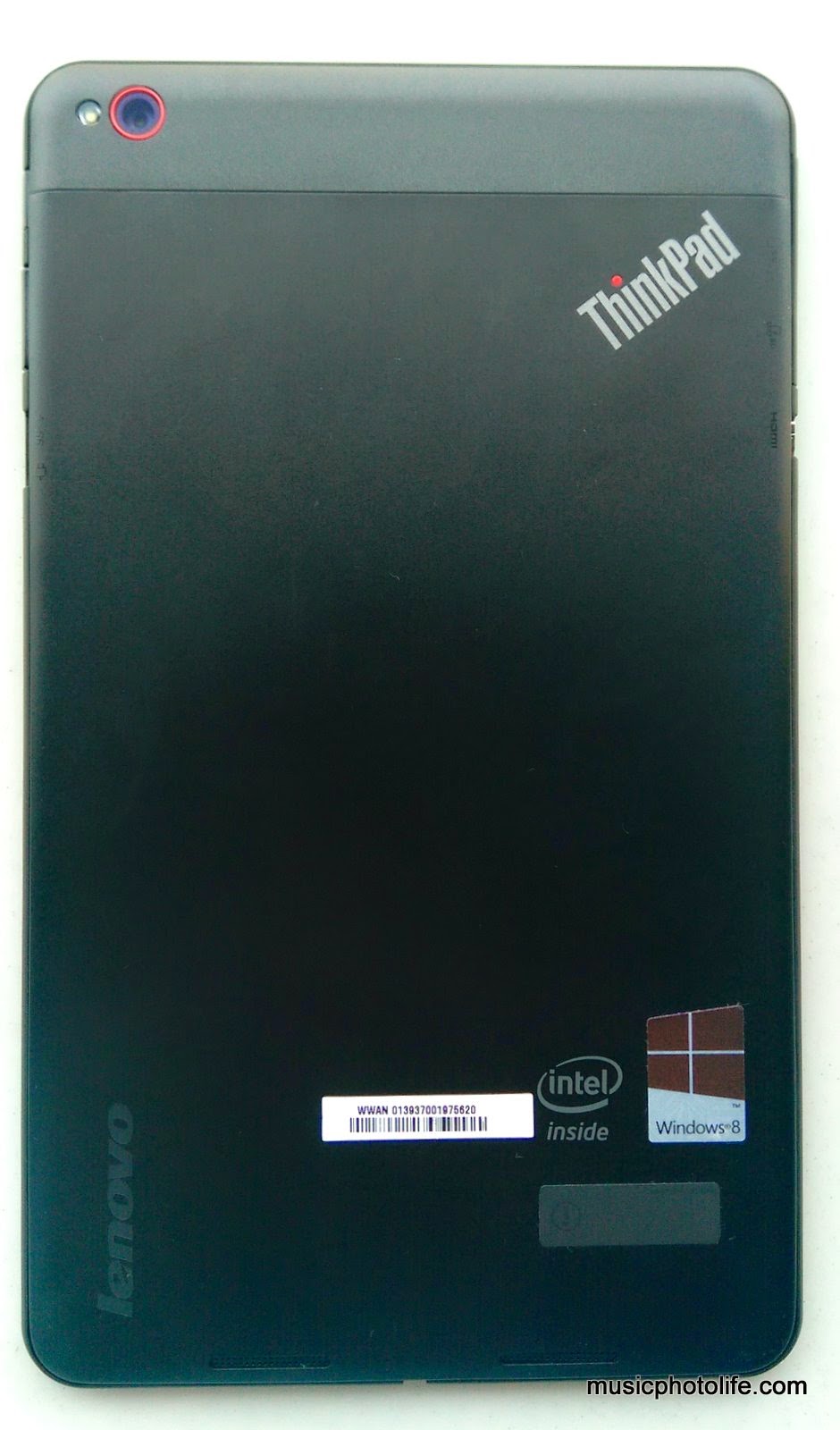 My experience with the ThinkPad 8 during the course of the review has been largely positive. Startup and shutdown times are blazing fast, within 12 seconds for cold boot. The full-HD resolution IPS screen keeps the display crisp and sharp even with small fonts. I always appreciate the pre-installed ThinkPad apps that help to keep the system in good condition. The Solution Center app comes with several wholesome functions like hardware diagnostics, backup, security, driver updates. Minutes after I turned on the ThinkPad 8 for the first time, the Solution Center has everything updated.

Windows 8 Modern mode finally made sense in a small-screen. Using the calculator, browsing music tracks, or playing games, you won't feel overwhelmed. More importantly, it does not put a strain on your hand.

On the flipside, the Desktop mode becomes harder to use as you struggle to tap the right on-screen buttons with your stubby finger. I tried Lightroom and the ThinkPad 8 struggles to process the images on the Intel Atom processor. Despite, it is possible to run it, and that is the beauty of ThinkPad 8.

To ease the pain, you could use external input devices like keyboard and mouse. Though there is only one micro USB 3.0 port, you can get a USB hub and converter and plug any USB device. So, if you're on the move and want to edit your photos from your DSLR, just plug it in and transfer photos easily. The ThinkPad 8 can even power up a 3.5-inch portable harddisk! 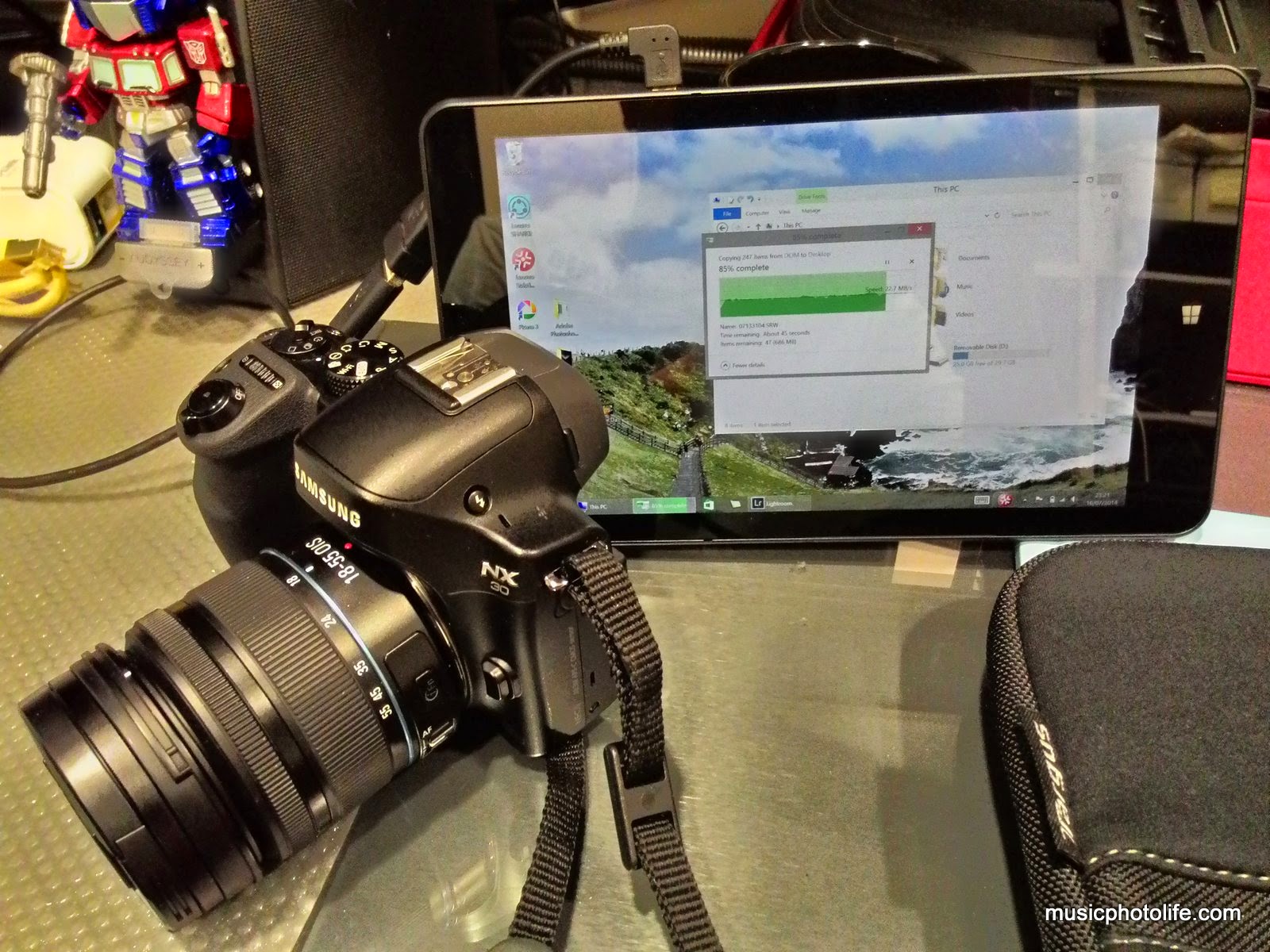 Other connectors include: micro HDMI port, which you can do multi-screen just like any Windows device; microSD card slot, to expand the storage; microSIM card slot, for mobile connectivity.

The camera quality is mediocre, but it does have a useful feature to capture multiple sequential images in the temporary buffer which you could choose the best moment from if you review the image immediately after the shoot. You won't be able to select best moments from previously-shot images.

I would also wish the volume and power buttons aren't placed so close, causing me to accidentally press the power button instead of adjusting volume. Speaking of accidental, during sleep mode, pressing the Windows soft-button will wake up the screen, which I thought is not a good thing. But it would not be an issue if you get the QuickShot Cover to protect the display. When you flip open the cover, the tablet wakes itself automatically. You can also activate the camera when flipping the corner flap to reveal the lens.

Battery-wise, the ThinkPad 8 can be charged by 2A USB charger, which is convenient. A full charge takes about 3-4 hours and the tablet lasts 8-10 hours continuous use, depending on how much processing power was drawn. It is recommended that for extended rest periods, you should shut down the tablet instead of just switching off the screen, as the latter will still run background processes. I did encounter the unit heating up in my bag due to some unknown system processes running in the background. 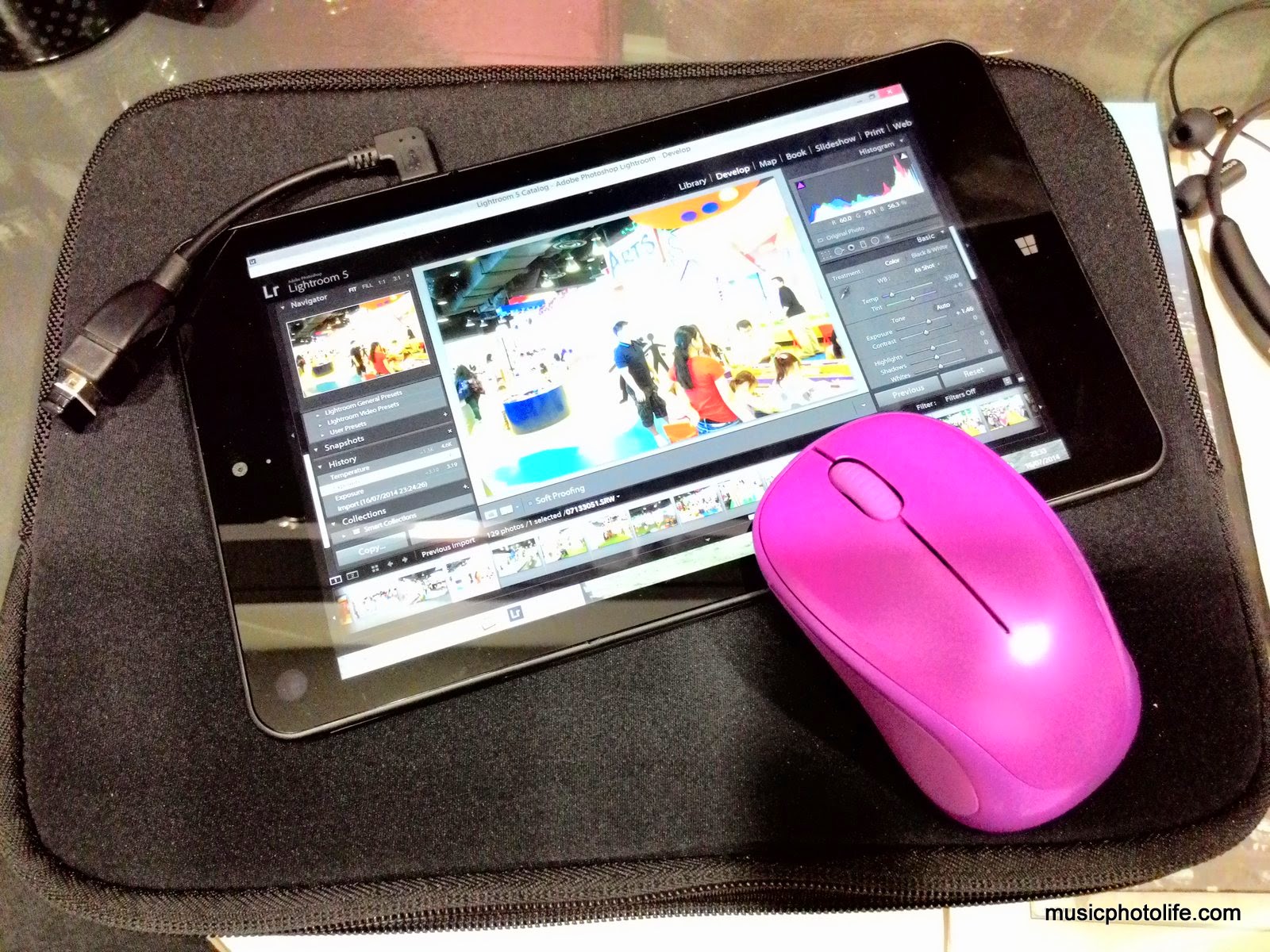 How useful is the ThinkPad 8? It all depends on your purpose. The ThinkPad 8's 8.3-inch display is perfect to use in Modern mode as it is lighter than the 10-incher to hold with one hand. It's also great to be able to use the full Windows on the go - Windows consumers have come a long way from bulky computers, and subsequent mobile devices have always been trying to mimic the capabilities of Windows for ultimate versatility. Now with ThinkPad 8, it's all possible without any constraints. While the processor may be too slow for time-critical media-editing work, it can get the work done if you have the patience.

Would I get it? Not for now, because I still prefer to use my Windows primarily in the desktop mode, with more powerful configuration, and a comfortable keyboard to get things done. If you are like me, I recommend checking out ThinkPad Yoga.