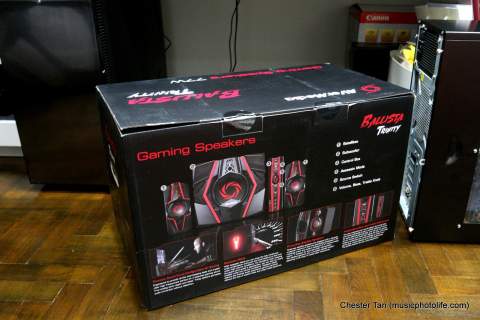 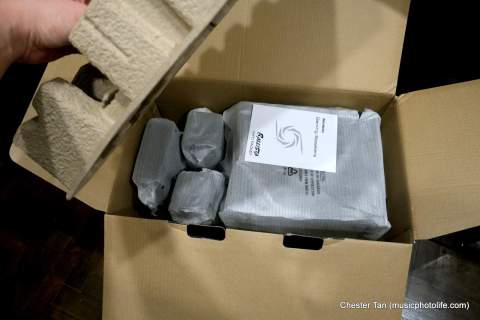 The satellite speakers are designed to appeal to gamers, and the entire build is mostly plastic, including all the detailed moulds and knobs. It does have a budget feel to it. The subwoofer unit has a wooden cabinet supporting the rumbling low frequencies.

Putting everything together is easy. Just plug the 3 speakers into the RCA connectors of the Control Box, followed by input sources. There is no L-R markings on the speakers, other than the colour-coded RCA connector head. Red is right and white is left, so just make sure you set up the speakers in the correct side first before plugging in. 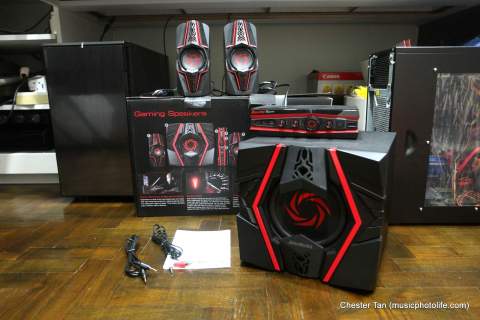 The Ballista Trinity supports 3 audio sources: 1x stereo RCA, 2x 3.5mm (front and rear), with a source knob to switch as you wish. In front, there is a line-in jack, headphone jack and mic-in jack, and on the rear there are the speaker output jacks, 2 source-in connectors, and 1 mic-out, which is for the front mic-in pass-through. There are dedicated bass and treble knobs to adjust the frequency responses, and a large volume knob that adjusts volume level digitally. The knobs are smooth without any clicks, neither is there a neutral level for the bass/treble knob, so I turned them to 12 o’clock position. 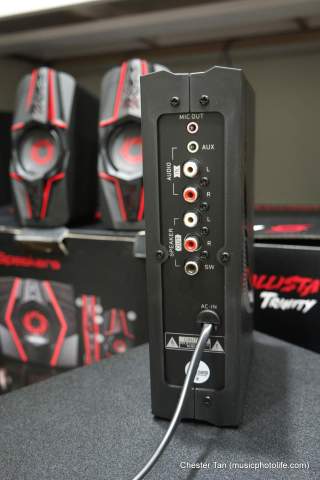 The power button appears at the very top of the box, which lights up in white when turned on. The “Assassin Mode” button appears right after. This mode, like its name suggests, allows you to listen to audio at a quieter “stealth” volume level but retaining the audio details. This mode delivers slightly clearer hi-treble compared to mere reduction of the volume knob. 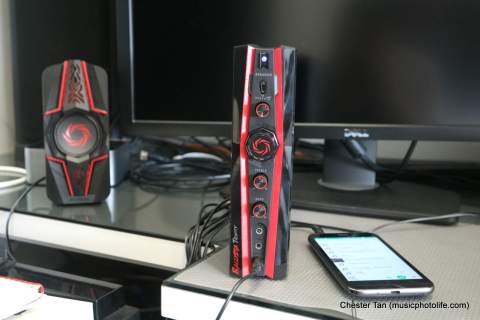 When playing my usual audio test files, I find the music could not be presented faithfully across the entire audio spectrum. The subwoofer delivers the deep hard sub-lows but the mid-high bass section gets overpowered and could not produce the raw timbre of bass instruments. The mid-range also lacks the warmth that audiophiles would look for. The saving grace is the clear and detailed highs, though again, no audiophile-grade pristine clarity.

Now, I think it is really unfair of me to grade this gaming speaker from an audiophile perspective. And to be honest, the Ballista Trinity does sound good as a whole for casual listening. It’s got the subwoofer oomph and the clear treble presence. Movies and gaming (I don’t game so I played YouTube videos of recorded gameplays) turn out glorious: the sound staging is immersive when I placed the satellite speakers 80cm apart and from me. Classical music sounds pleasant, especially tracks that are mid-range heavy, as these tracks turn out clean without the boominess. The weak mids are probably not missed by most consumers. I was glad I could tweak the bass levels easily, for many times when I turn up the volume, my room’s false-ceiling started to rattle to the sub-bass frequencies, giving me the horrific thought that my house was falling apart. 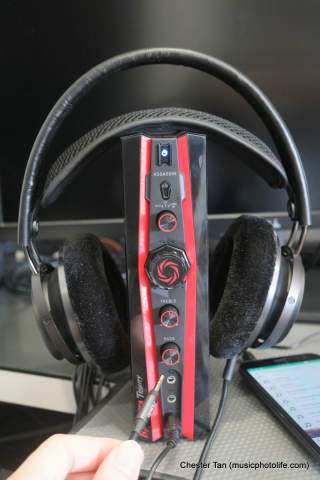 The Ballista Trinity speakers are enjoyable for watching movies, listening to gaming soundtracks, when all I needed is bright treble and deep-throat bass without the muffling mids. I also like the convenience of connecting multiple input sources like smartphone or tablet, just like home hi-fi sound system.

Retailing at S$155 with 1 year local warranty, the Trinity is having a launch offer of S$139 which ends in April.

This review first appeared on Music.Photo.Life.