When there are so many smartphone brands in the market, each brand must compete beyond the technical specs and create a unique identity. Sony Xperia has been focusing on the waterproof capabilities since the first Xperia Z. Now with the Z3 series, Sony has further improved on the weather and dust proof, and reinforced several more features that should interest the consumer market. 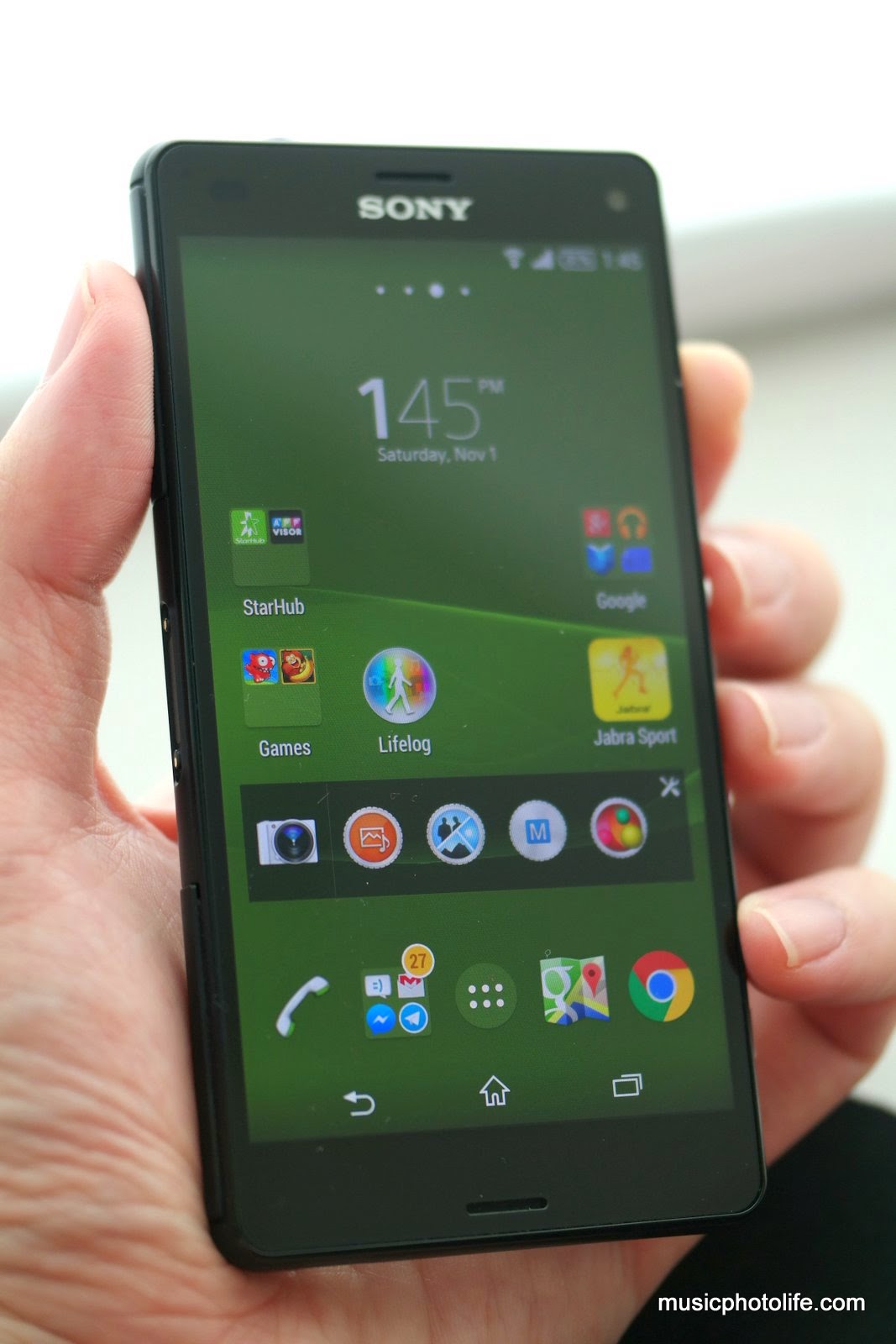 Here on hand for review is the Xperia Z3 Compact, a smaller copy of the new Xperia Z3. It comes in a 4.6-inch display, 1280x720 resolution, feather-light weight of 126g. The hardware is slightly toned down with 2GB RAM but otherwise uses the same 2.5GHz quad-core processor as the larger brother. Compared to the other brands with mini variants, Sony is brave to launch both sizes together to give consumers a choice from the start.

The overall design blueprint of the new Z3 does not deviate from the earlier Z-series. Sony calls it OmniBalance design, which is essentially applying a symmetrical outlook, from the front-rear glass plate to the placement of the signature power button. The Xperia Z3 Compact feels more comfortable than earlier versions. Its surrounding body frame is more rounded, the display glass reinforced with gloss plastic frame. The port covers are easier to remove and gets out of the way when I am accessing the ports. 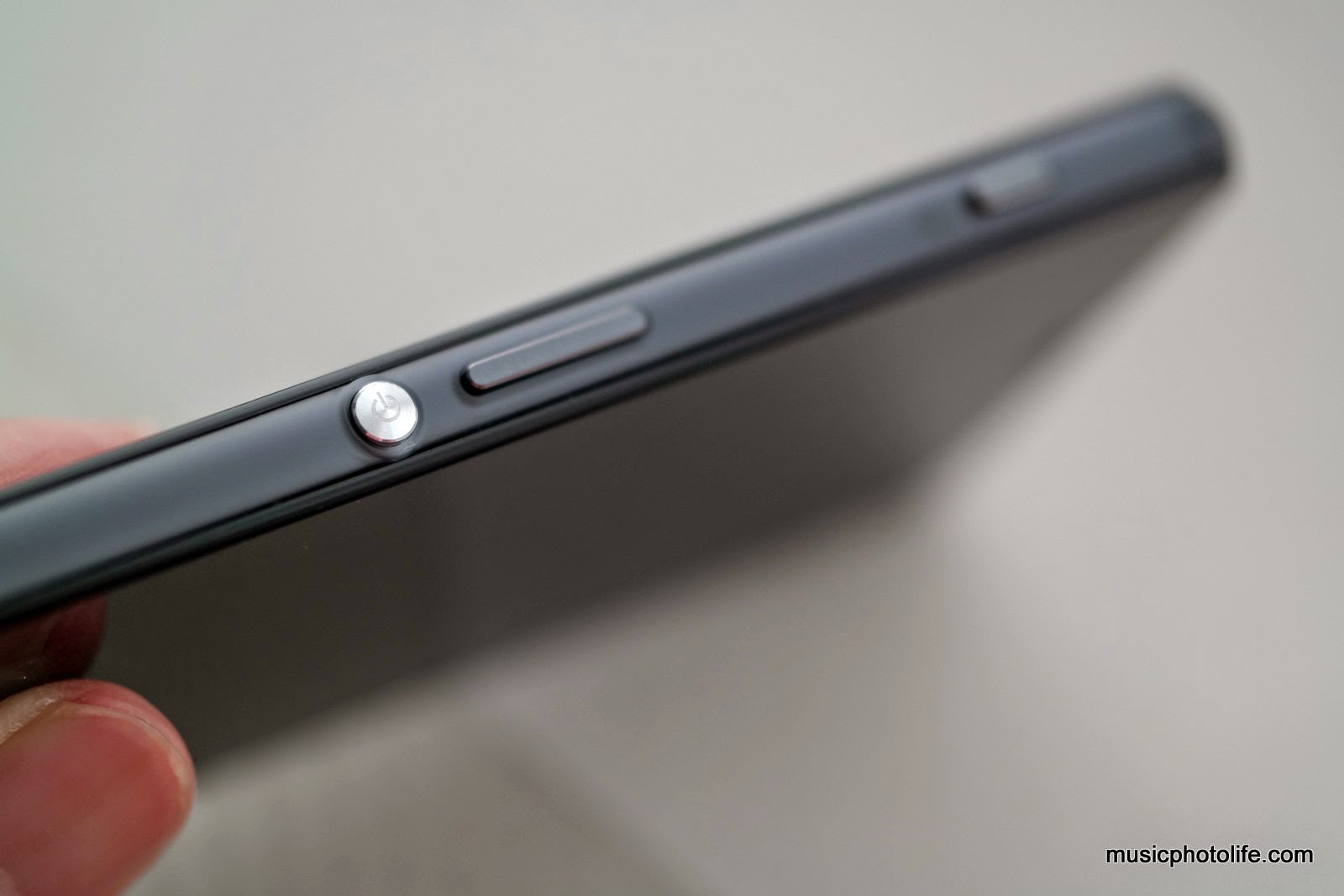 At 4.6-inch IPS display and running 2.5GHz Snapdragon 801, the Z3 Compact is the most powerful small-screen Android phone today. That means a lot to consumers who wanted a smaller-screen phone without compromising the processor speed.


What other compelling reasons does Xperia Z3 Compact have to win over consumers? Here are some features that I think sets it apart from the other phones.

Certified IP65 and IP68, The Z3 Compact is the undisputed smartphone that can hold against the wet. Take it with you during a swim, or shower, or a run. Give it a wash after a good workout, but do wipe the screen clean as it can't work well if water is present. There is a pre-installed small app called Touch Block that locks your screen while the screen is active. 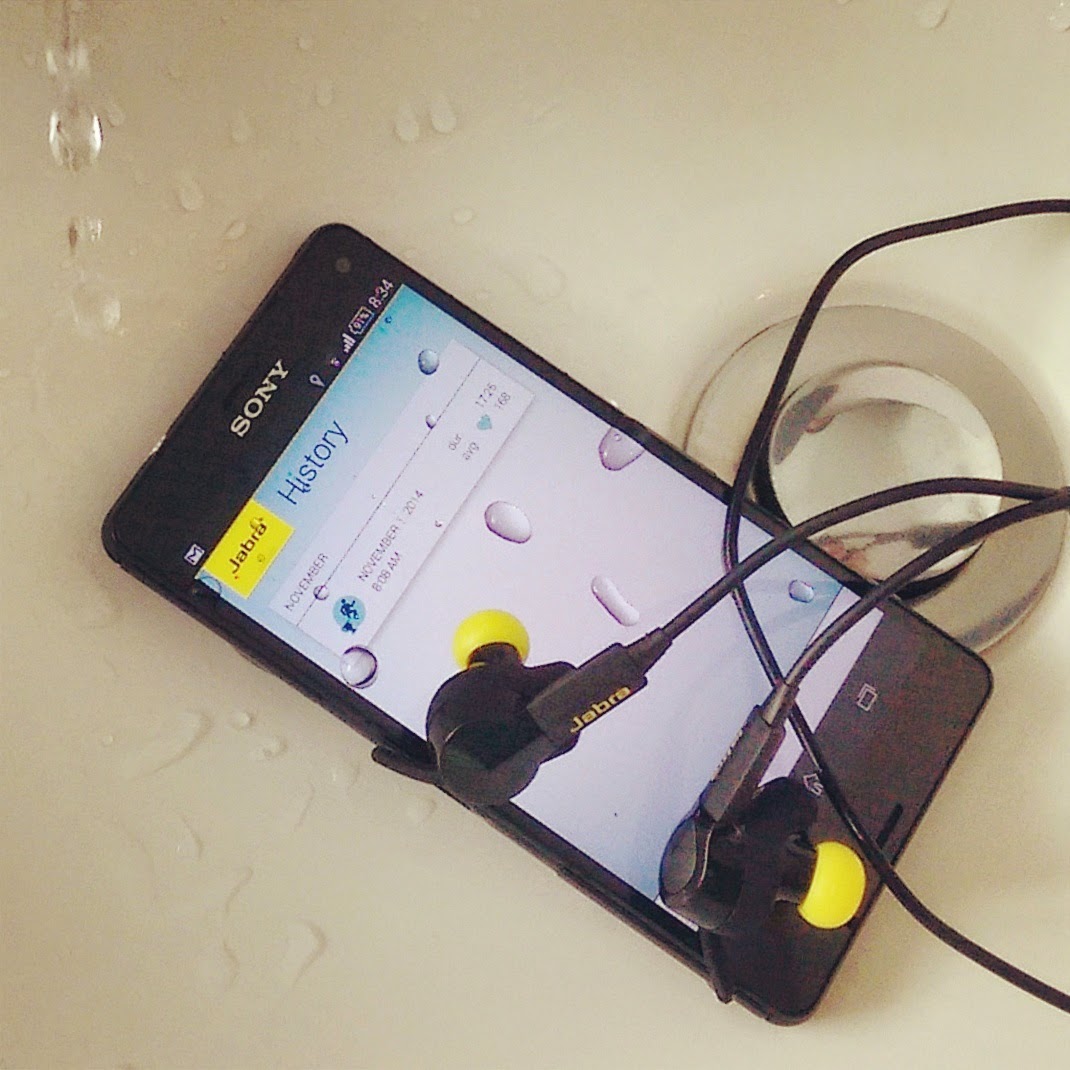 Like the predecessors, the Xperia Z3 Compact has a dedicated camera shutter button which captures images conveniently. The 2-step button is easier to press than Lumia and the shutter response is rather quick. A hardware button also means you can take photos underwater when the touch screen fails to work. 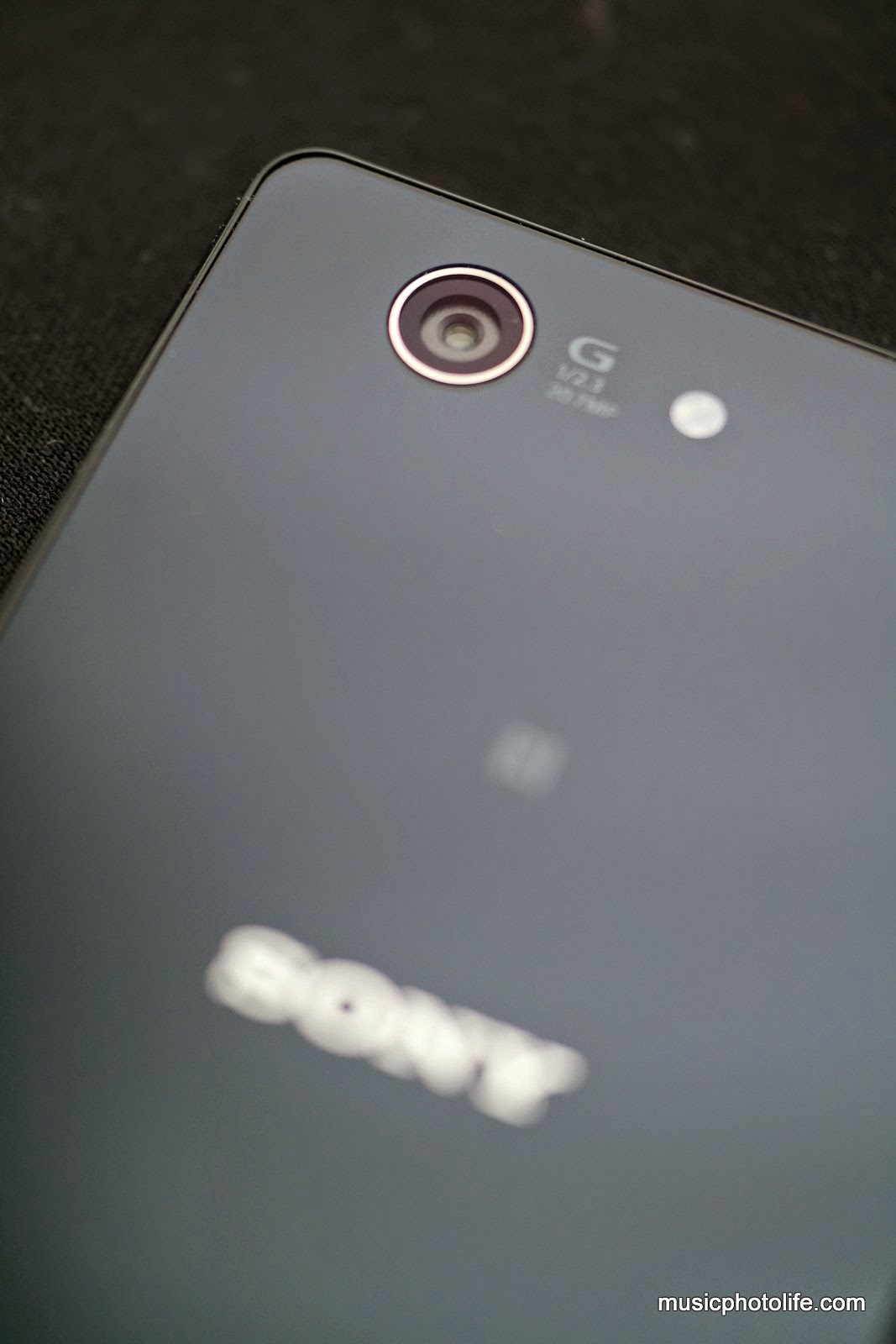 The 20.7 MP camera is capable of capturing up to ISO 12800, and shoots 4K video. This means low-light photos are captured with relatively fast shutter speed and with good colour tones without colour noise artifacts. When zoomed in, the images look clean although lacks the resolution details found in larger sensor mirrorless or DSLR cameras, but I find the quality surpasses most smartphones in the market. The camera seems to be rather sensitive to light flare, as some images appear hazy. 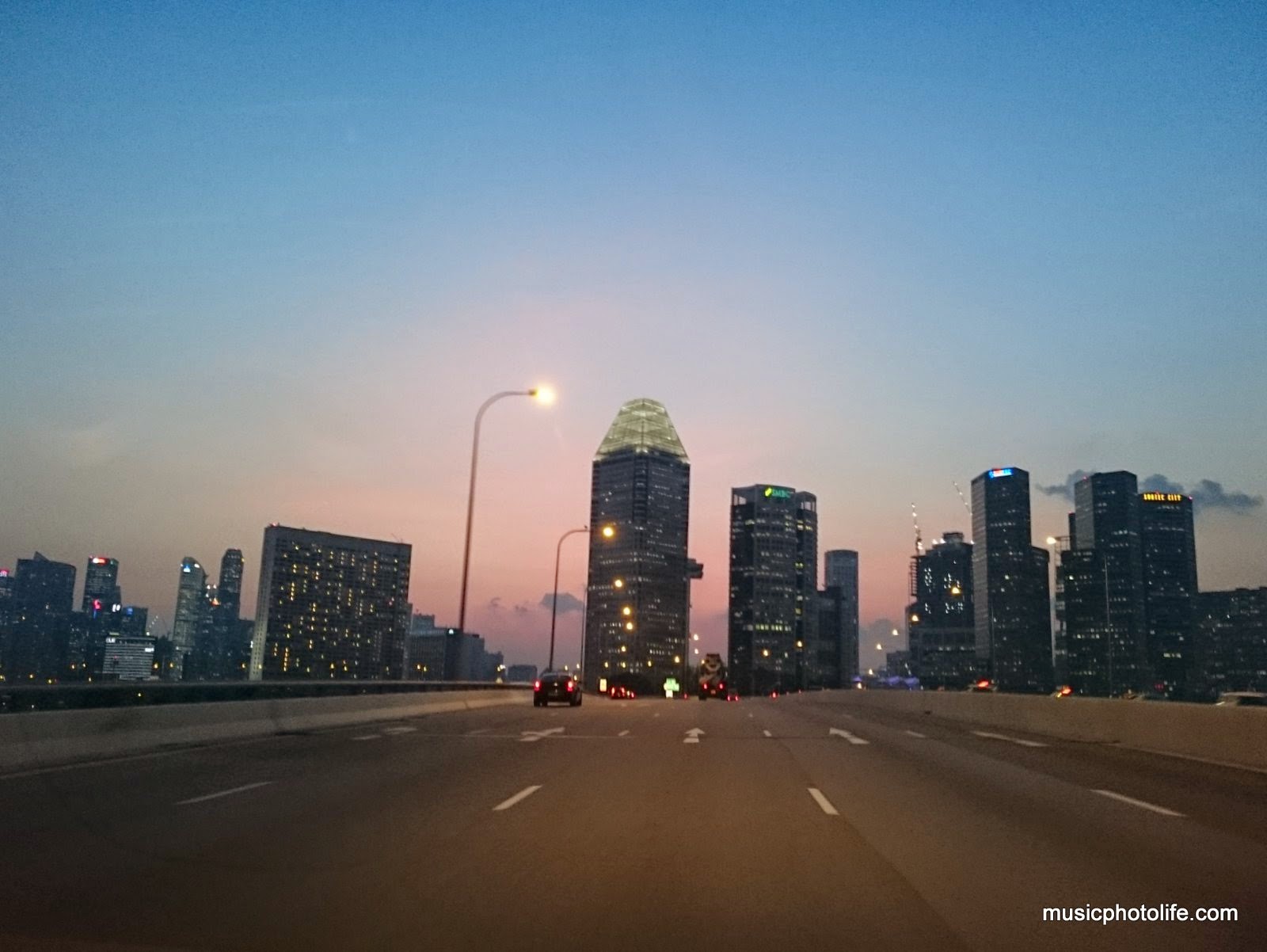 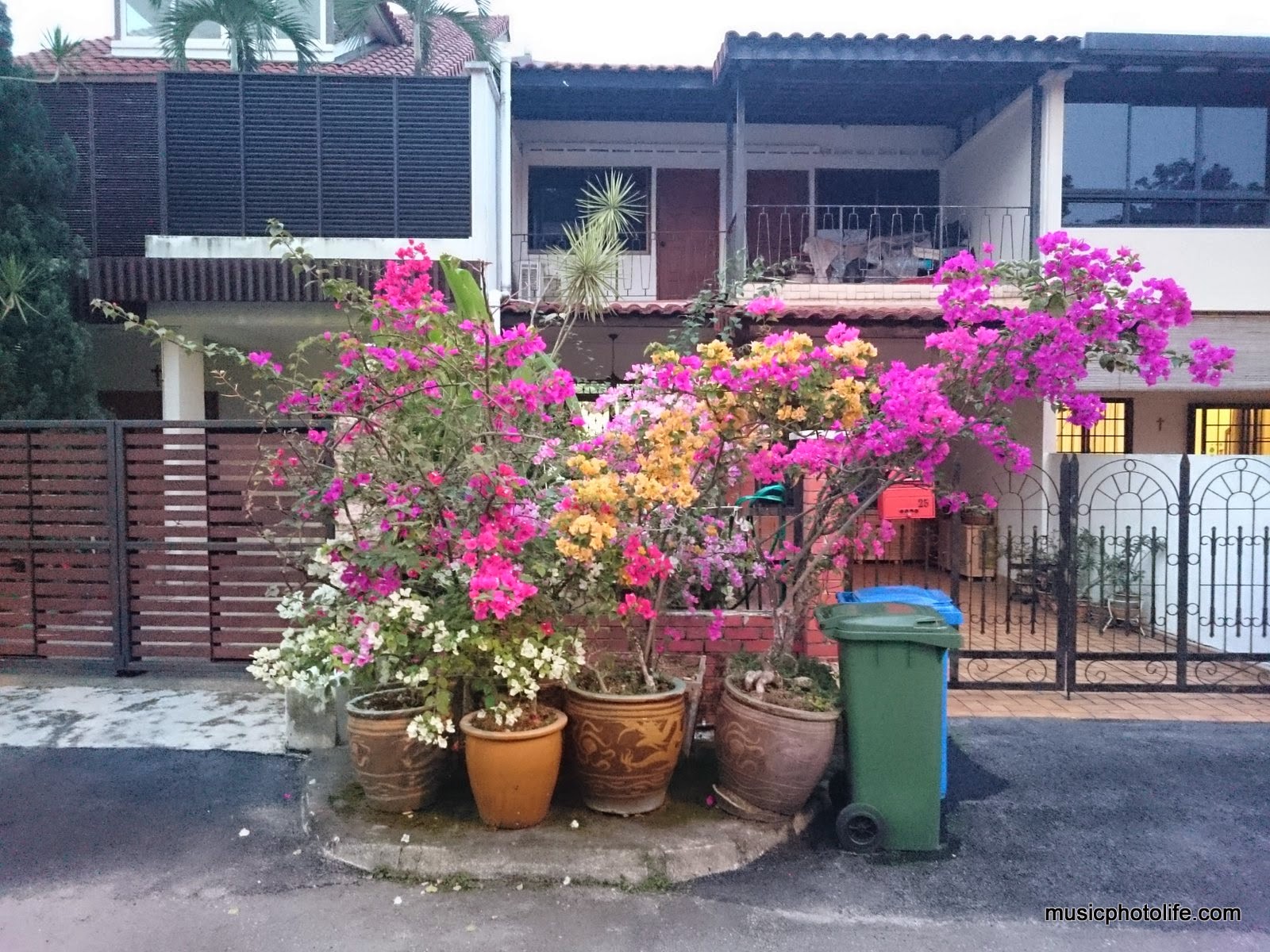 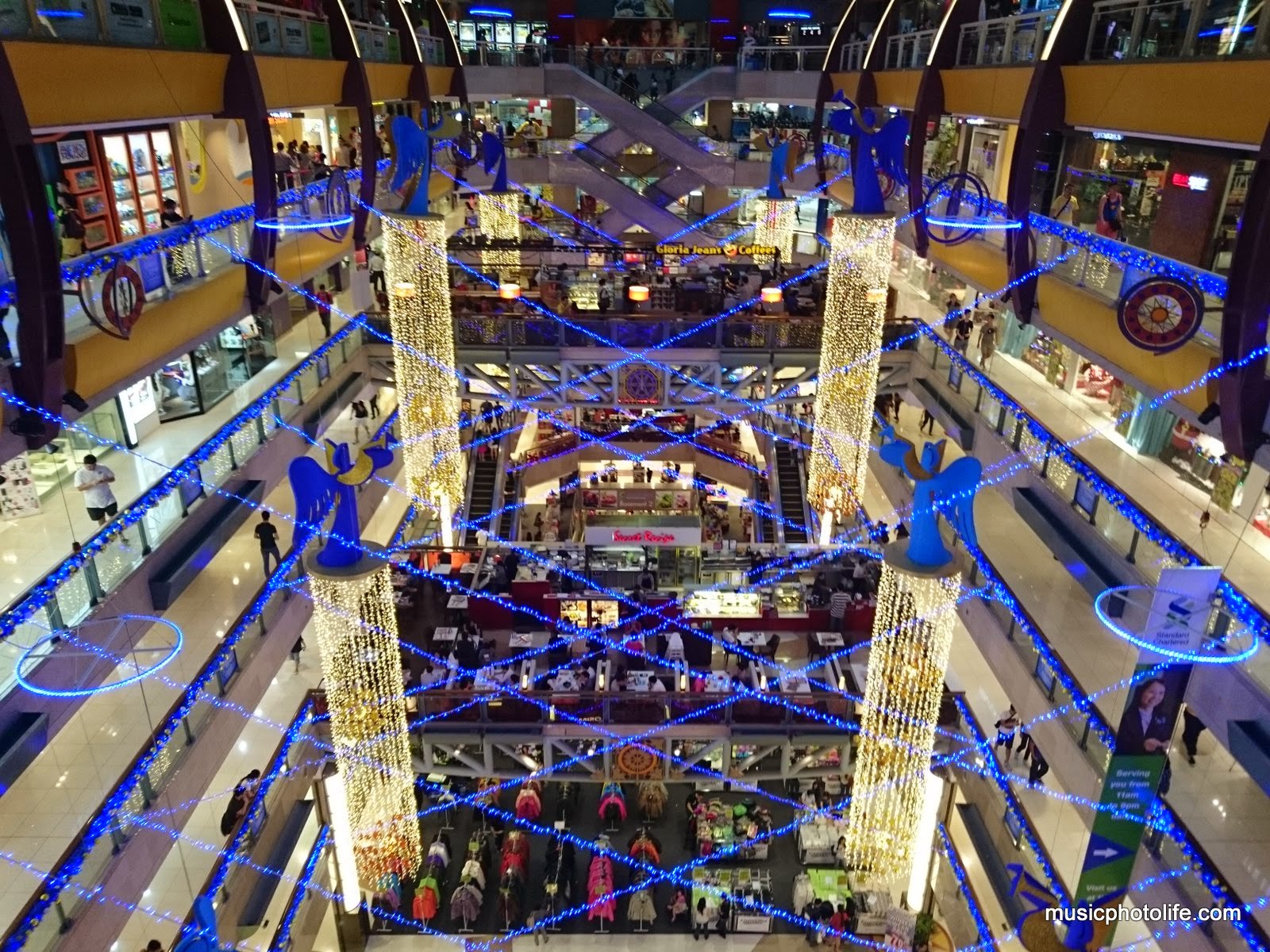 In addition, the camera app contains a handful of unique shooting modes not found in any other brands. The AR shooting modes are fun to play with and offers hours of entertainment. The Multi-Camera mode allows another Xperia device or external Sony camera to be used as a second screen. The Timeshift Video mode allows me to pick several segments within a clip for slow-mo effect. 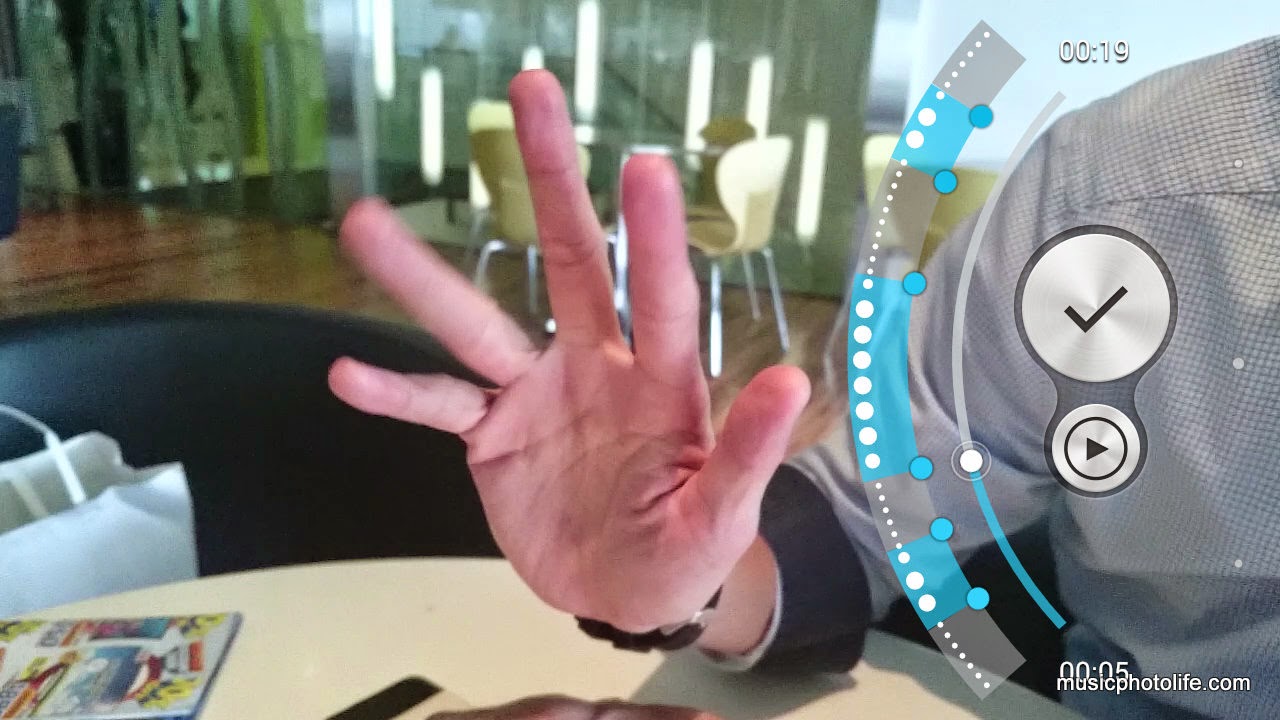 Unfortunately, running these advanced functions heat up the device really fast, and the camera will auto-close when overheated. In fact, the camera app auto-closes within 30 seconds if you leave it on. And like earlier models, the camer app defaults to Intelligent Auto+ mode, which captures in 8MP, not 20MP (only available when you shoot in Manual mode). It would be great if Sony allows the camera button to default to another shooting mode.

Another bug is that the camera app is not intelligent enough to detect single shot vs. burst shot. When I enable burst shot, the app will save photos under separate burst shot folders even though I took only one photo. The worst thing is that the filename for each set of burst photos start from zero, so I am unable to easily merge the files across multiple folders.

Despite, I like the Z3 Compact camera quality and shooting response. If you like your images to look naturally detailed, this is the Android phone to get. 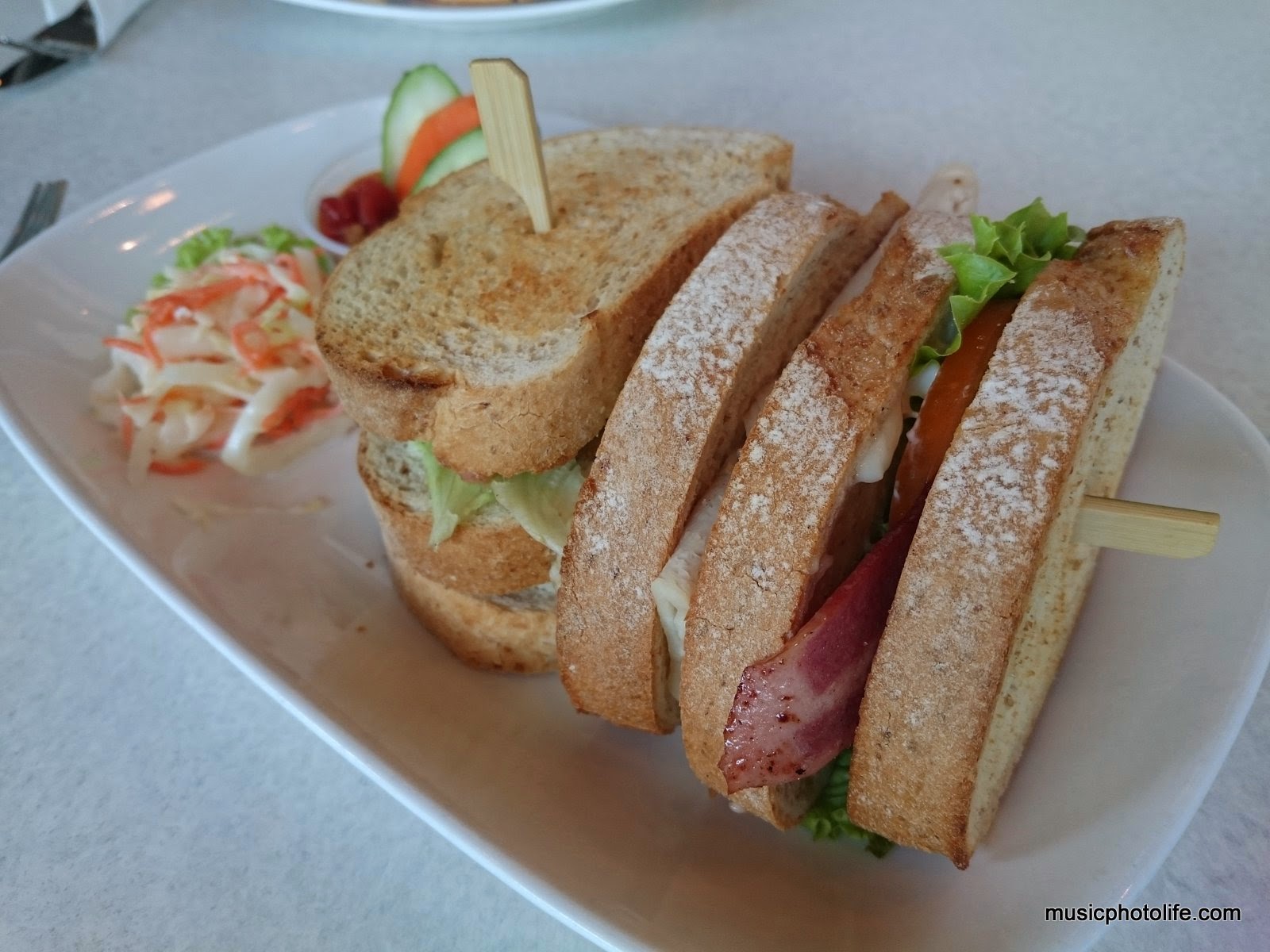 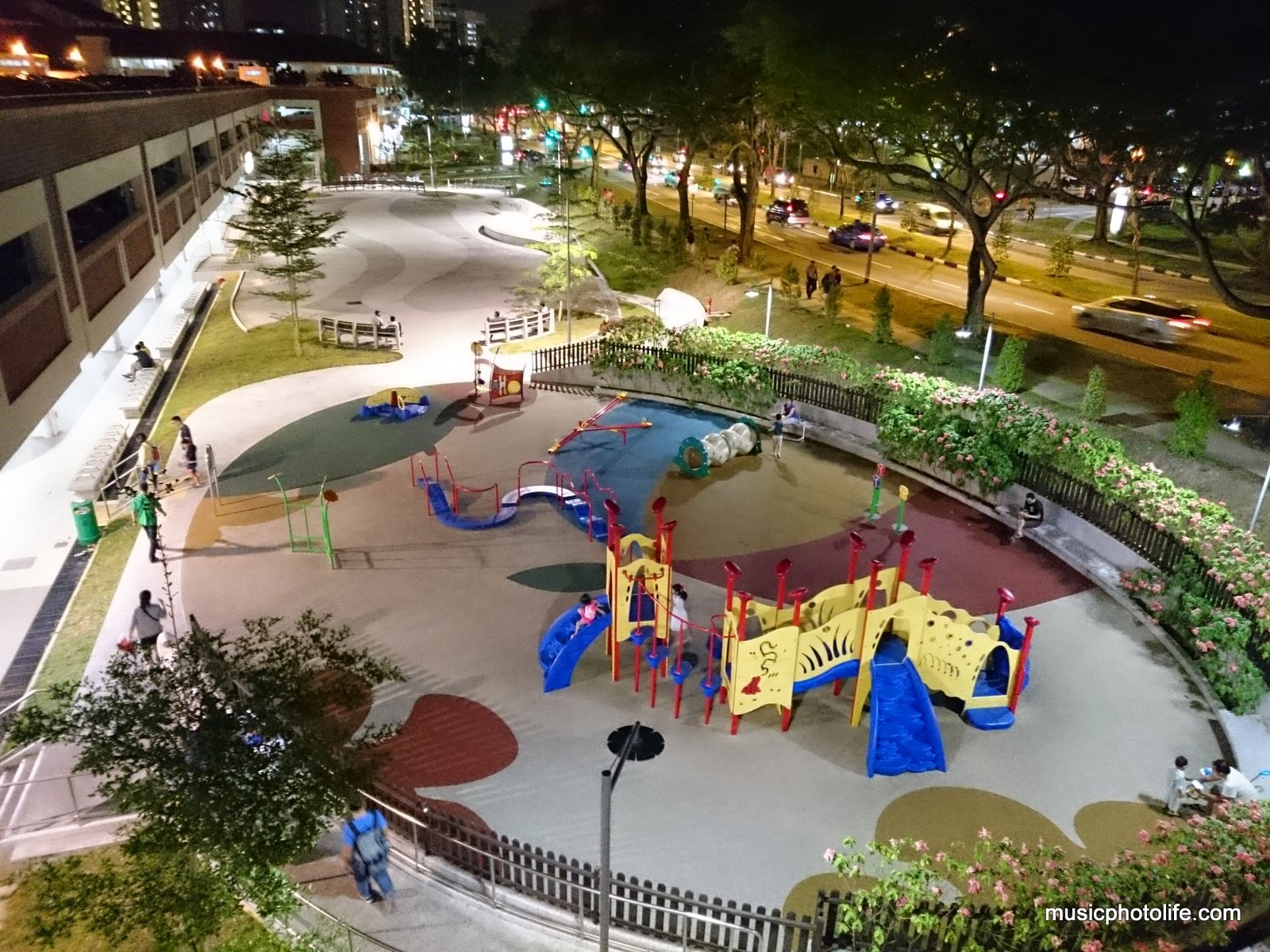 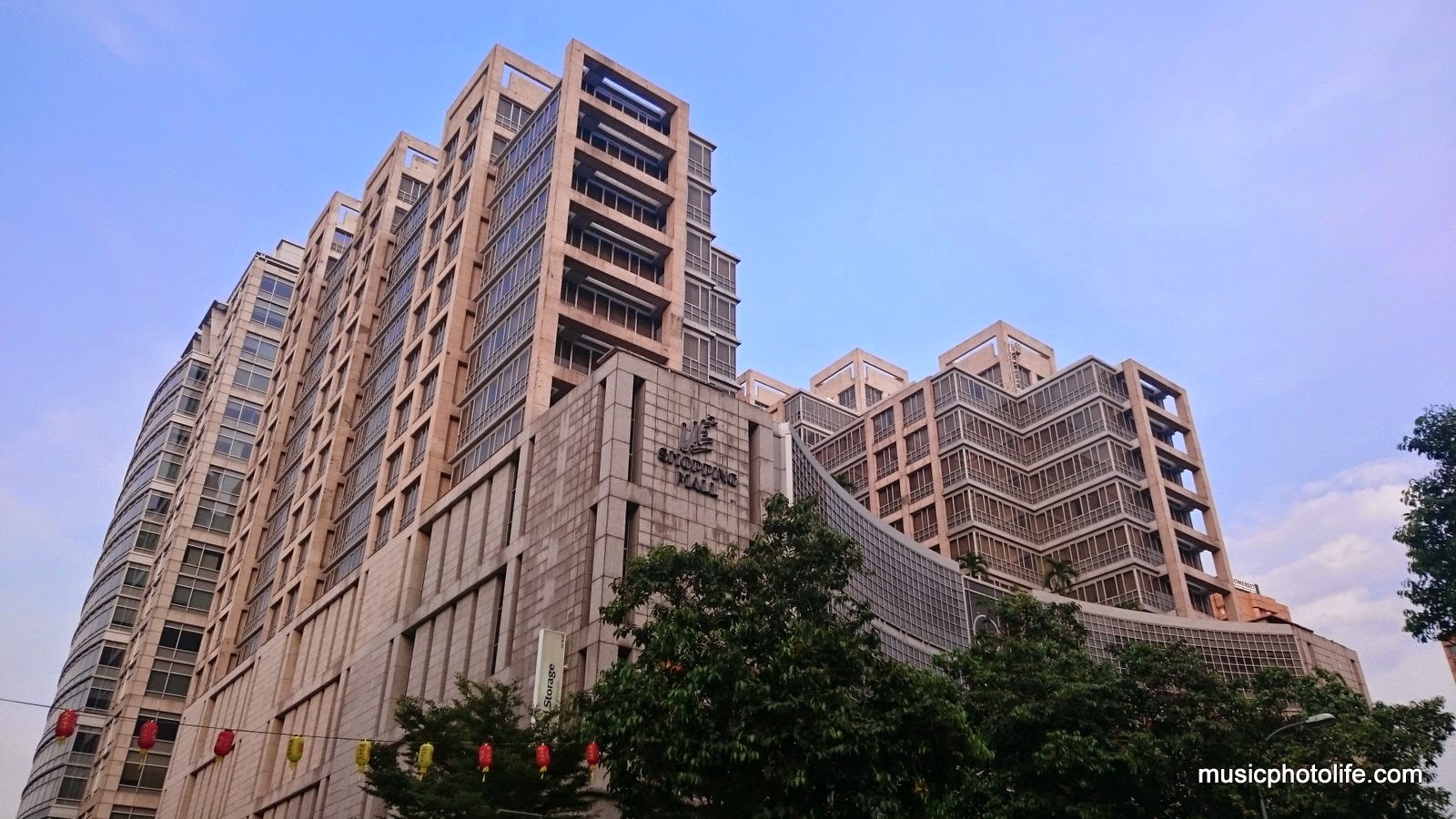 Sony is one of the few smartphone makers that is convinced that stereo front-facing speakers is the way forward. Its audio quality is still not comparable to HTC but I do find improvements compared to Xperia Z2. The Z3 Compact has come closer as an ideal alternative to the HTC One M8.

The Xperia smartphones have some of the more usable audio effects that don't mess up the audio. The Z3 Compact now supports the latest Sony Hi-Res USB audio product range. In addition, a new processor, DSEE HX, brightens up the high-range frequency and make the music sound better. The surround effects are pretty realistic though I won't use them as I prefer listening in original sound. 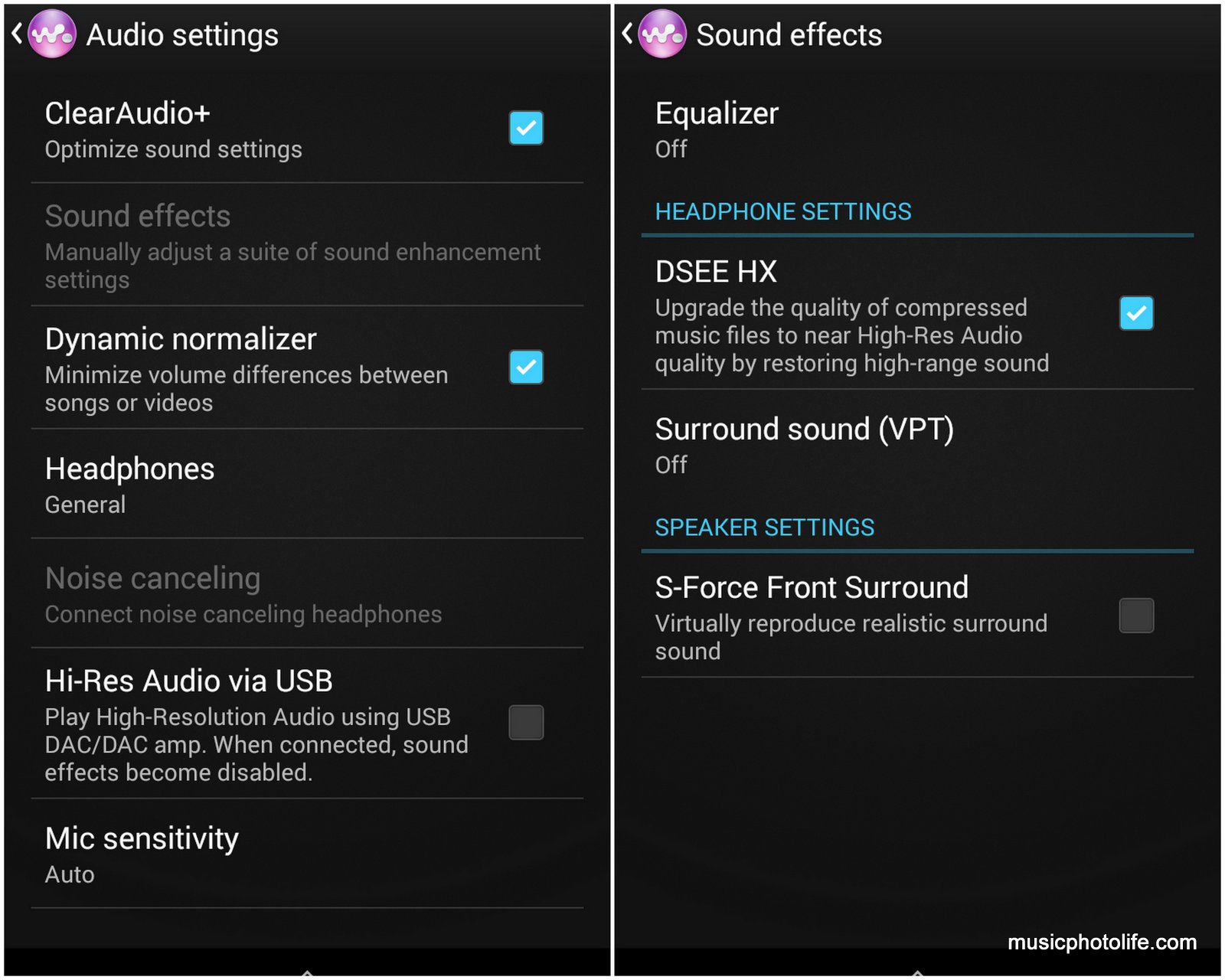 The Z3 Compact has a rare feature only available on rooted devices - the ability to record screen video. It can also record live video using the front camera within a small resizable window. This feature is extremely beneficial for creating tutorials or screen interaction guides.

Tap to Wake Up

LG was the first to introduce, then HTC included this in the One M8. Now Xperia Z3 Compact also has this. It's great to have this feature which allows me to wake up the devide conveniently. 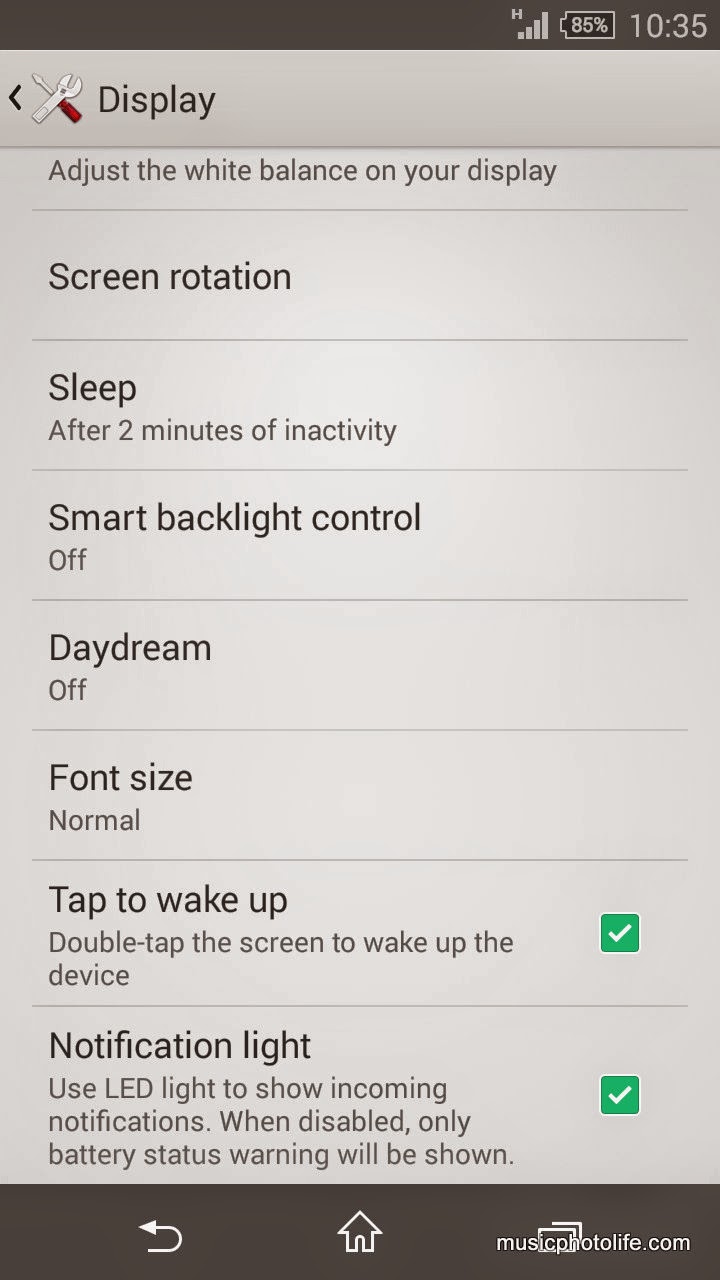 Many smartphone makers have recognized the innovative usefulness of HTC Zoe, and now Xperia Z3 Compact has also added video highlights creation feature. It does not have as much customisation options as HTC Zoe, but it's a good start, and I foresee Sony developing on this app over the next few Xperia iterations.

In today's smartphones, display quality is already a given. The Z3 Compact display resolution is merely 1280x720 but looks so good that I thought it was full HD. The viewing angle is wide and no colour shift, plus you can adjust white balance to your liking. Because of the smaller-sized screen, there are more pixels per inch and so on-screen text and images look smooth. But a lot of web content do not have mobile-optimised view mode so I find it a challenge to read the text in a small screen.

Sony Xperia Z3 Compact touts to provide 2 days of battery life with its 2600mAh battery when STAMINA mode is switched on. Such battery-saving mode basically reduces processing speed or reduces background processing whenever your phone is in standby. In most cases, this means you might not receive timely notifications. Fortunately for Xperia Z3 Compact, you can select which apps shall remain active during standby, thereby allowing your more important apps to continue pushing timely information to your device. 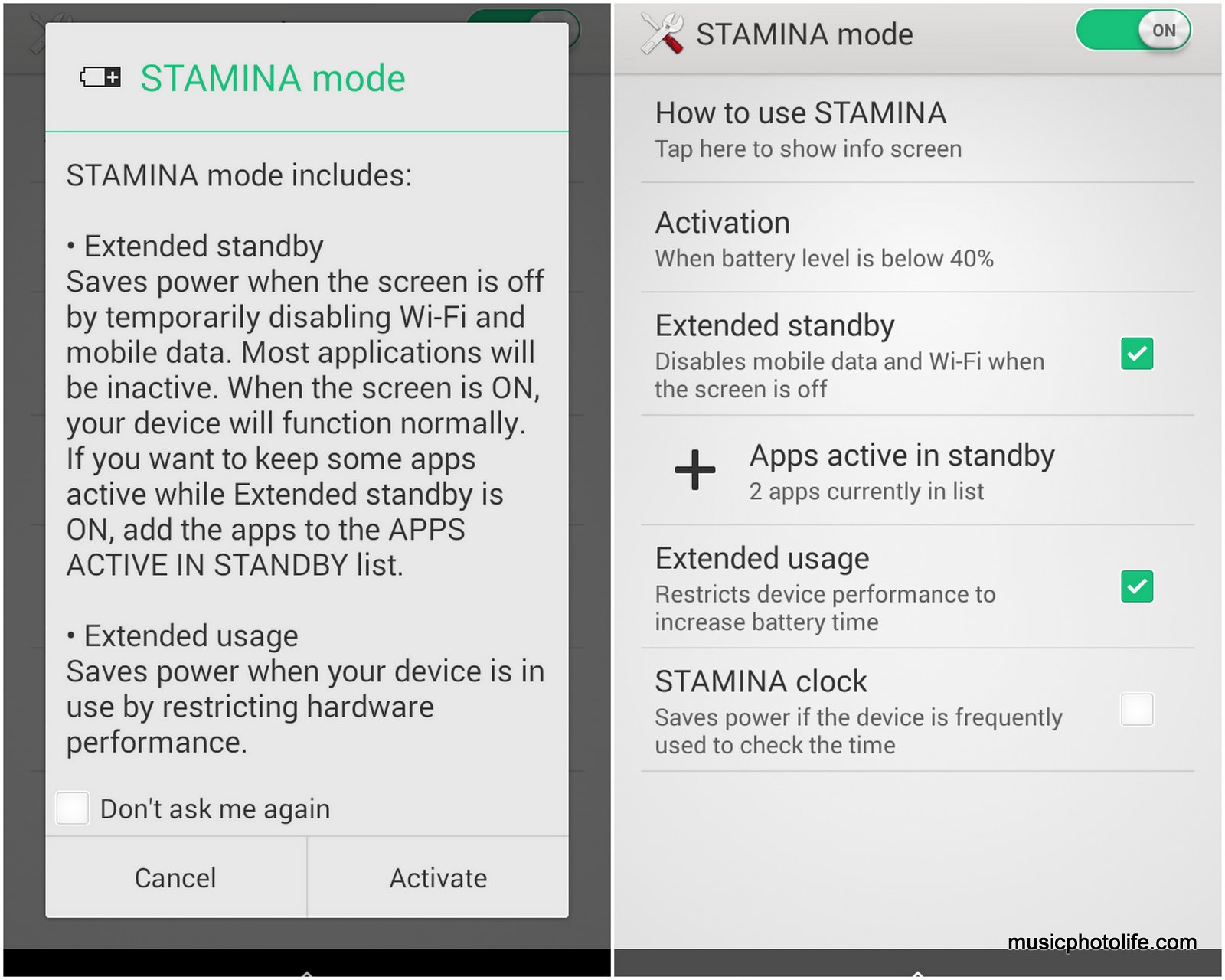 I also love how I can customise the icons to display on the staus bar. This feature is already present in earlier Xperia models. This allows me to remove the icons of functions which I was turn on, for example, alarm, Bluetooth, STAMINA. I can even remove the clock if you prefer to use your own clock widget on the home screen.

With Sony's wide range of products across industries, it makes sense for Sony to establish an ecosystem to enable cross product interactions. Xperia continues to improve on this aspect, providing capability to use the Xperia Z3 Compact to play PlayStation 4 games remotely, creating apps platform to promote Sony Entertainment content (music, movies, video), providing hardware inter-compatibility with other Sony audio and camera products. Because of Sony's understanding of the importance of content, its Photo (Album), Music (Walkman) and Video (Movies) apps are one of the better-looking ones among the Android makers. Non-Sony supporters might be put off by such promotion, but I feel Sony manages to pull it off without giving too much bad taste. It doesn't give me the impression that they are forcing consumers to use these features if they choose not to.

Earlier this year when I was choosing between HTC One M8 and Sony Xperia Z2, it was a struggle to pick HTC One M8. This round, after reviewing the Xperia Z3 Compact, I have swung my vote towards the Sony, who has done a great job in improving the Xperia Z-series smartphone and giving confidence to consumers like myself. The UI is fluid without any unusual lag, the screen transition is snappy, the icons are clean and modern, the design is more life-proof. The short release cycle of a new Z-series has allowed Sony to catch up and deliver a solid smartphone, inside out. This is the smartphone to get if you want a powerful 4.6-inch Android device. 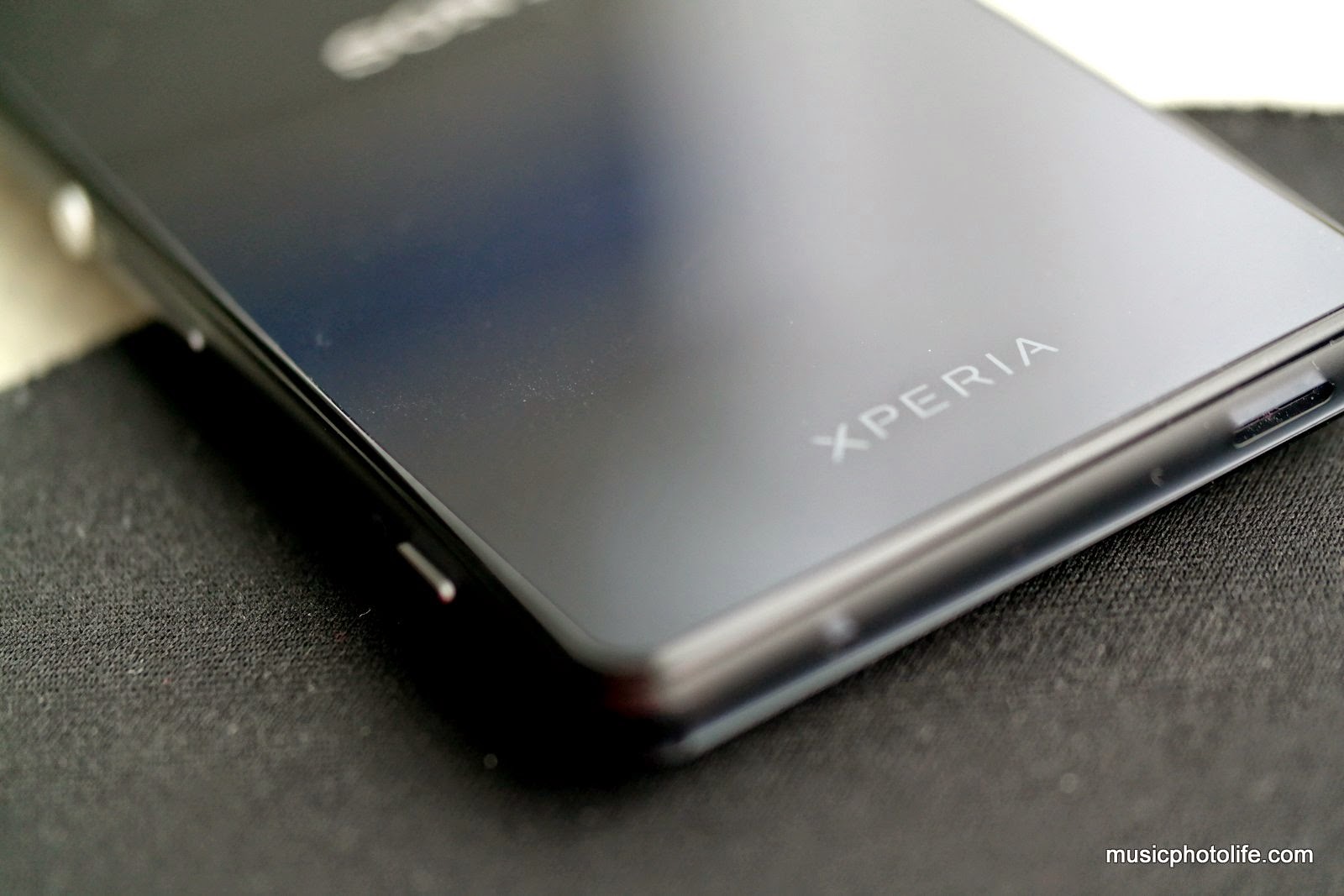 Good model but I bought it from singtel bcaz they gave me lot of gifts (around 7+) with low price for the combo 2 plan.