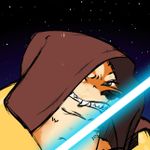 The Surface Pro 3 Media Event on the 27th of June also revealed some information about the Xbox One and Windows Phone in Singapore. Here are some interesting information regarding the three that I gathered from asking around.