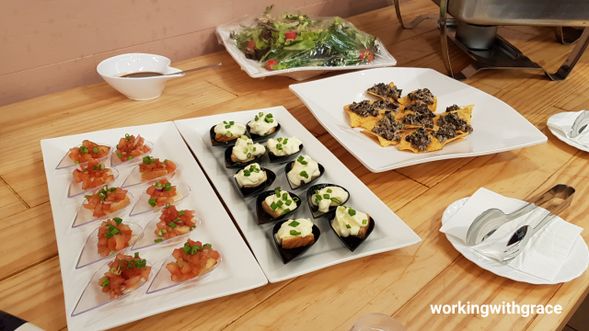 This year's Year End Party for the (new) GreenR Community was held at Kara Moments (above Kara Cafe at 617A Bukit Timah Road). There was dinner, an opening speech by Starhub CEO Peter K, games and a feedback session. 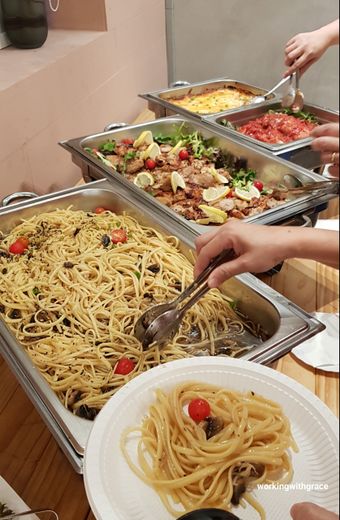 Time to tuck in...The food was pretty good. I remember that the previous gathering in July was at Jamie's Italian in Vivocity, and the food there left me feeling rather disappointed - the greater the expectation, the greater the disappointment, I guess.

And here's Peter K speaking to the group... 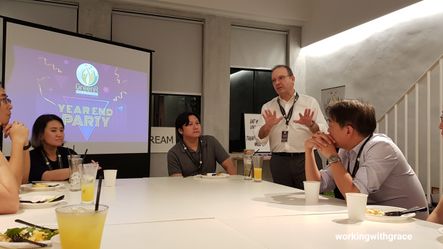 My first impression of Peter is that he's very eloquent, and he disappeared quicker than a magician. He shared with the group that he thinks the best days at work are when he/they get to talk to customers and get feedback about how Starhub can do better. And that if anything works well, the credit goes to his team. And if anything doesn't work well then he is to get the blame, and it is his responsibiity to fix things. *clap clap*

We'd been asked via Whatsapp 3 days' ago for questions we'd like to ask Peter so I don't know whether Jolene / Howard sent the questions to him or not. But it was a pity Peter did not stay on longer so everyone could get those questions asked AFTER we'd 'warmed up'. Yes, we Asians are not as eloquent and take a while to get comfortable enough to share our views and ask those burning questions.

While it was disappointing that I didn't get my 3 questions answered, I did win a prize tonight.

Anyway, my 3 questions sent via Whatsapp were:

1) What would you say to investors regarding Starhub's expected performance in 2020?

2) After the much-publicised job cuts, is Starhub now as lean and agile as you'd like, or does more have to be done?

3) What keeps you awake at night? 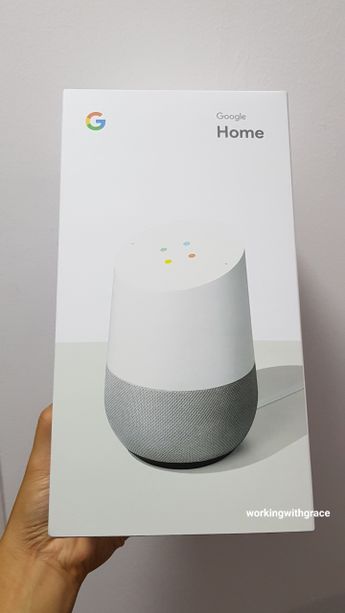 I have no luck with lucky draws but word games... I can!

There was just 1 game, with multiple rounds. Someone picks a slip of paper out of a box and everyone around the table has to offer an answer in relation to the theme stated on that slip. For instance, names starting with 'A', animals, things that are green in color, etc. Mention something that someone else has said before and you're out of the game.

It was pretty intense. And I won the Google Home prize after naming things that start with 'S'. *sweat*

After prizes were handed out and food had been ingested... time to work lor. This is a party with a difference. 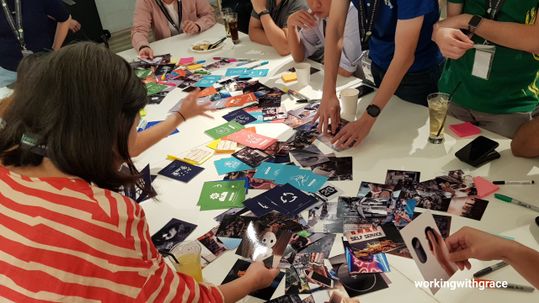 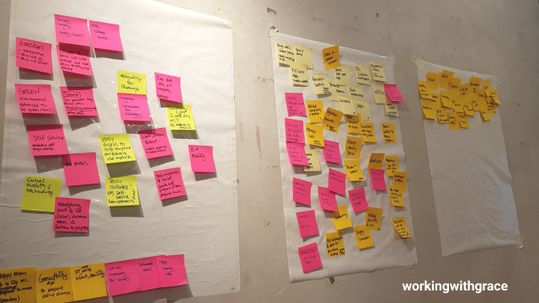 What struck me most during the discussion was that if Starhub wants to be the telco with a difference, it really has to do things other telcos are unwilling or unable to do. And it's probably not up to the customer or the GreenR Community to decide what it is.

It's like Apple products - you didn't even know you needed something like that till the company showed you what you're supposedly lacking in your life. So... SOMEONE in Starhub has to decide what that is.

There was dessert for the December birthday boy & girl: 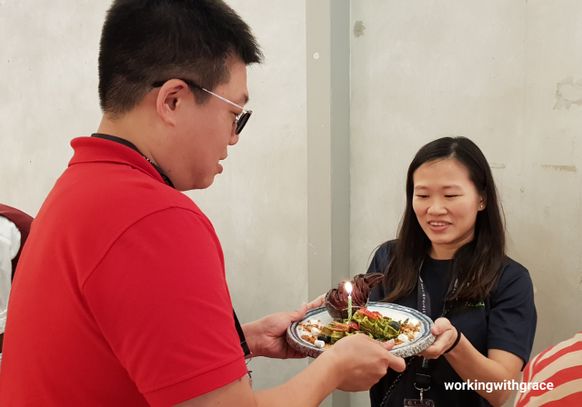 So sweet lah! Also, the two of them shared their birthday desserts with the rest of us.

My birthday's in October. Next year can? *wink wink* 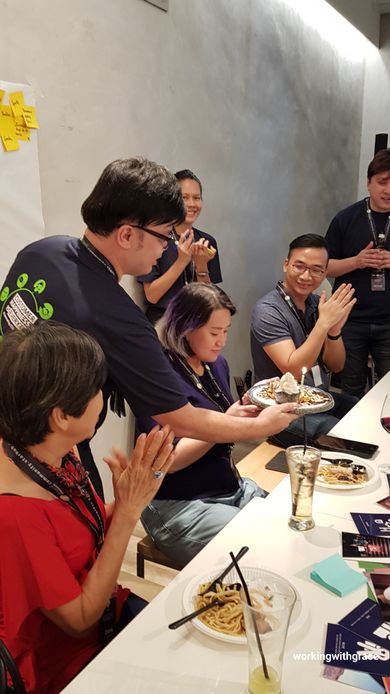 And each of us received froyo ice cream too! It supposedly even has some prebiotic (probiotic?) benefits... I think. Took a while to defrost but Chocolate tasted good. I would dine here again. So thank you Starhub for the lovely party. Feel free to feed us again any time. 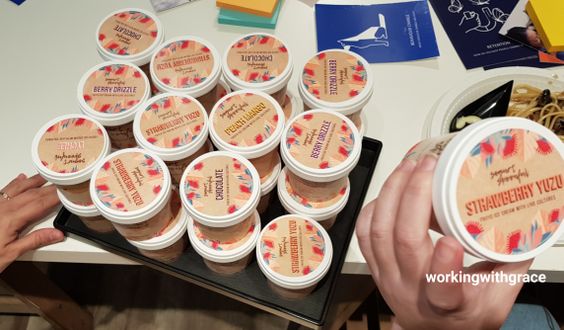 Thanks Starhub for hosting and the brain-storming session based on the photos was great! Interesting way to reflect based on the visuals! 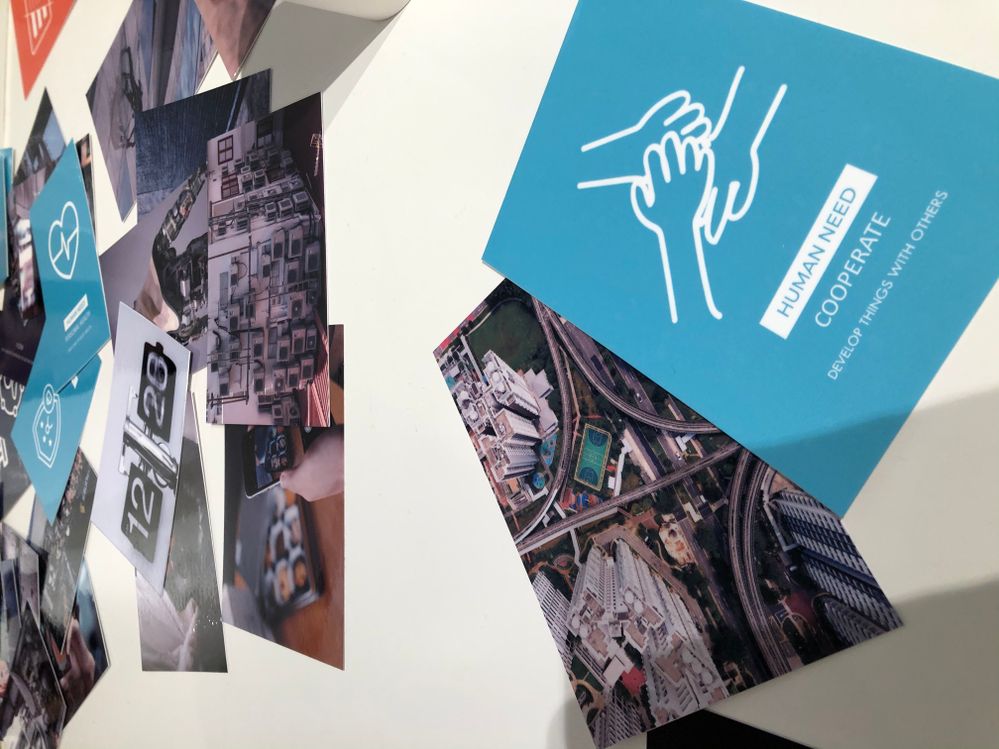 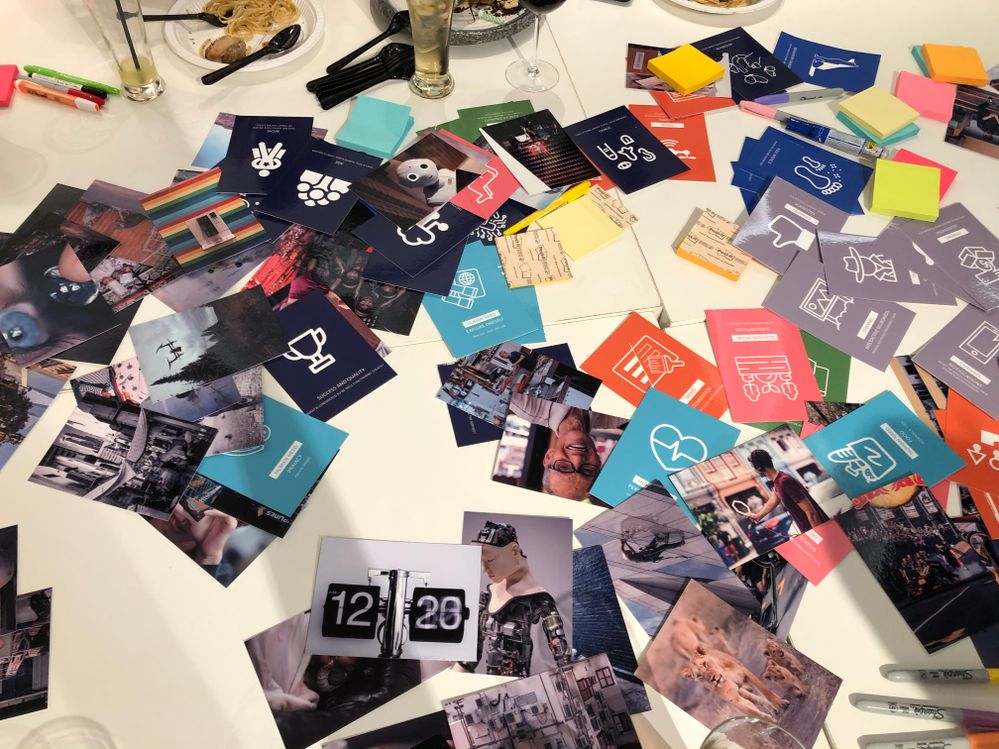 I didn't take photos! Oh well, we had good food and good drinks throughout the event and it was great meeting up with friends old and new alike!

It was also great that we had the people shaping the product(s) down with us during this session. It really made a difference to the entire session.

And ah, that photo of me was staring at my phone! This is karma... for all the candid photos I took previously.

Looking forward to more of these gatherings and brainstorming sessions!

My opinions are my own and I am not employed or affiliated to StarHub in any way outside of my home and mobile plan subscriptions.

@GraceTan thanks for joining us at the party! Mine’s in October too, we’ll work something out next year 😉

Thank you for the short and sweet encounter last week. Your comments are kind but I have to disappoint you that I possess no qualifications or ability as a magician 😊… If you recall, I did ask for questions and offered to answer all but none were raised following my comments to the group on the night…

Q: What would you say to investors regarding Starhub's expected performance in 2020?

P: Since we are a listed company we offer financial guidance every Qrt and will do so next in Feb 20 when we report full 2019 results. However, investors can expect StarHub to keep driving consumer-led innovation including our “Hello Change” program, bid for the 5G licences, growth in Enterprise market and further digitisation of our processes. Delivering the right and consistent customer experience remains a key priority. Our attention to matters relating to our environment and social issues also remain high on our agenda for 2020.

Q:After the much-publicised job cuts, is Starhub now as lean and agile as you'd like, or does more have to be done?

P: The transformation strategy we announced in Nov 2018 (D.A.R.E) involved investments to grow our business through new products and services, investments in acquiring companies to complement our growth, investments in digitising internally and externally to ensure customers find better and convenient ways to interact with us and, becoming more productive right across the board. Competitive pressures and technological changes in the short term led, regrettably, to less people in 2018. However, through our investment, for example, in our cybersecurity business, we are growing the overall number of employees. Agility is a critical ingredient for success in the future and transformation is ongoing. We will remain as lean and agile as our business necessitates over time.

Q: What keeps you awake at night?

P: Our people and our customers. Do we have and retain the best talent to help us improve our business?... Are we doing enough to ensure customers experiences are positive and we recover quickly in the eyses of the customers when something didn’t work as planned?

Dear Grace I wish you, your loved ones and your followers Happy Holidays, Merry Christmas and a very fulfilling 2020 !

Thank you for the opportunity to answer your questions.